The mystery of the “matryoshka” billy goat in Piazza Gae Aulenti solved and revealed: there is a village with a pub inside its beeeelly.

After having conquered social networks, Italia’s Got Talent audience, and bystanders with an enigmatic installation in Piazza Gae Aulenti, the mystery of the viral billy goat Olda reaches its epilogue.

The authorities and a team of expert “enigmaphiles” involved confirmed it. As they were getting ready to dismiss the case, they played one last card: translating the word “billy goat” into every language in the world. The result in Czech removed any doubt, because Kozel is also the name of the internationally best-selling beer brand, just recently made available in our country thanks to Birra Peroni. The billy goat, a symbol and mascot of the Czech brewery since 1874, has thus thought to involve the kind-hearted Frank in a thrilling hunt culminating in the solution to the riddle of the message engraved on the installation “There is a ____ inside”: the missing word is “village”, which refers to Velké Popovice, the hometown of Kozel beer. As the behind-the-scenes of the mystery was “unveiled”, the community couldn’t really wait to know what lies within the installation’s belly. After much secrecy, the solution has been publicly revealed through a digital show presented by Federico Russo and featuring an exhausted Frank Matano and TheShow, in live streaming from the very ligneous belly of the quadruped, set up for the occasion as a cosy Kozel-style pub.

Zdraví! (no, it’s not another enigma, it’s just “cheers” in Czech!) 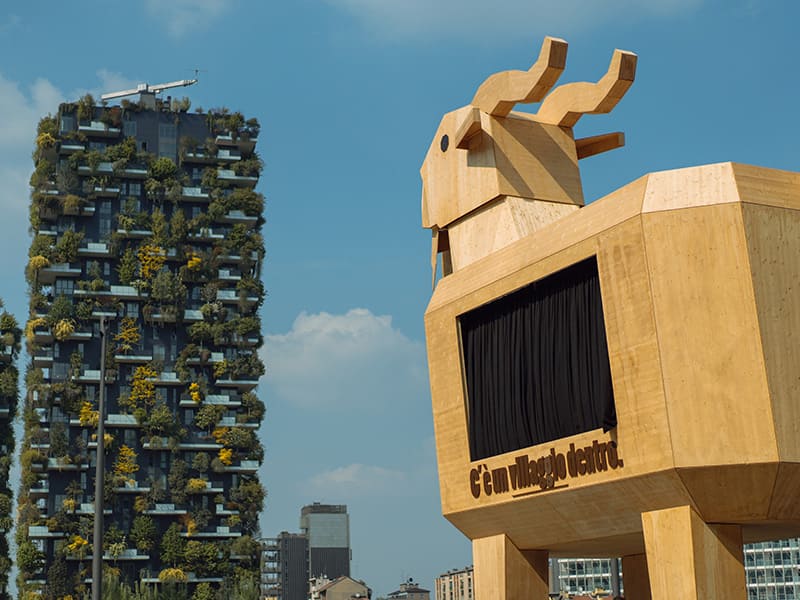 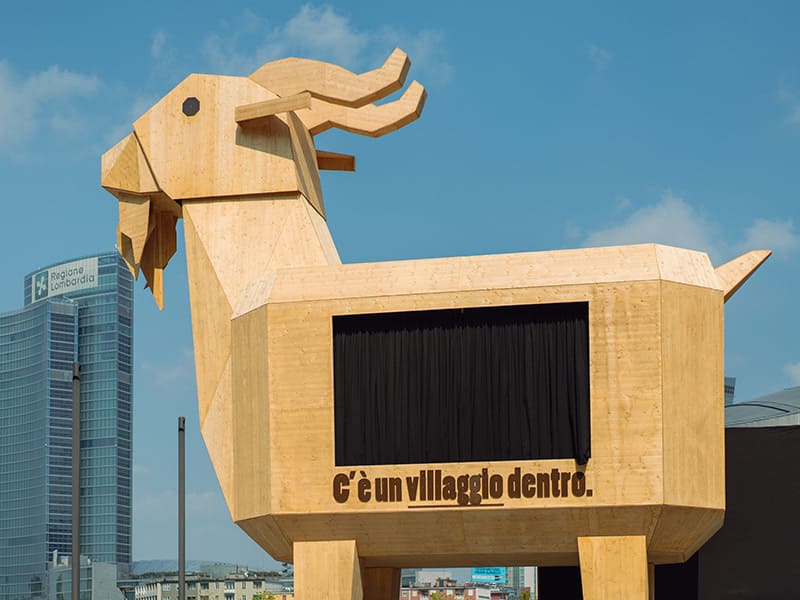 A giant billy goat shows off in...